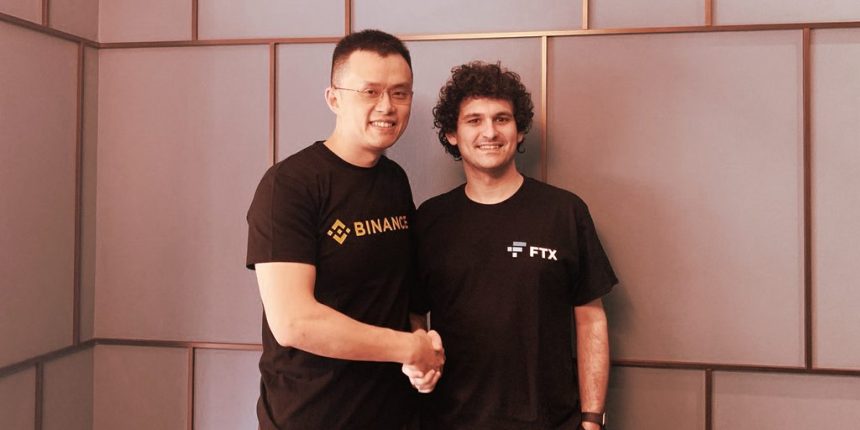 SHARE
Contents
“No funds were stolen”Stay on top of crypto news, get daily updates in your inbox.

With no job and under house arrest, Sam Bankman-Fried has taken the next logical step and launched a Substack newsletter.

“An extreme, quick, targeted crash precipitated by the CEO of Binance made Alameda insolvent,” SBF wrote, adding that contagion from Alameda spread to FTX “and other places.”

The two crypto bosses have exchanged words publicly about CZ’s role in the FTX crisis, which at one point included a rescue deal which was later called off.

On Substack, SBF said CZ had run an “extremely effective months-long PR campaign against FTX” leading up to the fateful few days in November which culminated in the exchange’s bankruptcy.

“I didn’t steal funds, and I certainly didn’t stash billions away,” SBF wrote.

The email newsletter is currently free to read, but Substack’s site allows keen readers to pledge ‘future’ subscriptions which they would pay if the writer chose to turn on paid-for subscription options.

SBF was arrested in December, but subsequently released from federal custody on a historic $250 million bond. He is now confined to his parents’ home in Palo Alto.

His bail conditions forbid the FTX founder from opening any new lines of credit, starting a business, or entering financial transactions larger than $1,000 without the approval of the government or the court. Making money from his Substack may therefore be out of the question for now.

“No funds were stolen”

The first piece of writing sent to his subscribers went over the familiar ground of FTX’s insolvency.

Comparing the liquidity crisis that took down FTX’s sister firm Alameda Research to other notable crypto collapses of last year, he said there had been no wrongdoing.

“[N]o funds were stolen,” the 30-year-old insisted. “Alameda lost money due to a market crash it was not adequately hedged for–as Three Arrows and others have this year. And FTX was impacted, as Voyager and others were earlier.”

While SBF said in the post that he had not been running Alameda for the past few years, he did not mention by name that firm’s former chief executive, Caroline Ellison. In December, along with FTX co-founder Gary Wang, Ellison pleaded guilty to fraud charges in an apparent deal to cooperate in authorities’ investigation into FTX—and SBF.

It appears that SBF intends to continue blogging, despite the fraud charges he is contesting.

“I have a lot more to say–about why Alameda failed to hedge, what happened with FTX US, what led to the Chapter 11 process, S&C, and more,” he said. “But at least this is a start.”