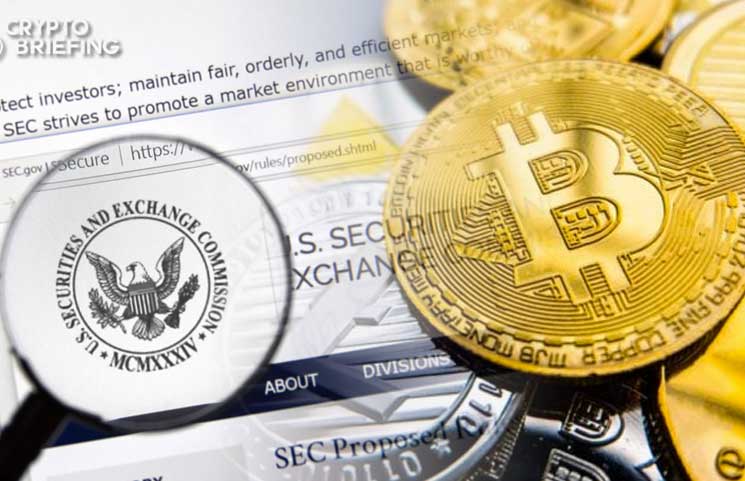 It seems that the U.S. Securities and Exchange Commission (SEC) is renewing its crackdown on crypto, a space which they may see believe is rife with rule-breaking.

Announced just hours ago, during the wee hours of Tuesday morning, the regulator has filed an emergency lawsuit against Veritaseum, a crypto project that was all the rage in 2017, and its acting chief executive officer, Reginald Middleton.

Reported first by The Block, the SEC is currently looking to stop the altcoins project and its founder from spending the proceeds of an ICO in 2017 and early-2019, which netted Veritaseum some $8 million. In the suit, the agency suggests that the offering made “material misrepresentations and omissions” about the potential and state of VERI, the project’s native token, to purposefully boost the value of the altcoin.

Indeed, the project, which was marketed as a project that could tokenize knowledge, help power autonomous machines, and back peer-to-peer capital markets, has long been questioned by investors.

The Block writes that the SEC claims that Middleton & Co. also evaded the SEC’s security registration requirements by classifying VERI as nothing more than “software” and “gift card” like credit.

This is the SEC’s second large crypto case. Earlier this year, the SEC revealed that it would be suing Kik, the Canadian social media giant behind KIN, for breaking securities laws.

Robert Cohen, the Chief of the Enforcement Division’s Cyber Unit, noted that since the firm explicitly told investors that they could post a gain on their KIN tokens, the crypto assets could be classified as securities:

“Future profits based on the efforts of others is a hallmark of a securities offering that must comply with the federal securities laws.”

The filing of the Veritaseum case isn’t the SEC’s only crypto action made over the past 24 hours.

On Monday, the SEC revealed that it would be simultaneously delaying its verdicts on three Bitcoin ETFs — yes, they’re still a thing. The pertinent products are from Bitwise Asset Management, VanEck and SolidX partners, and Wilshire Phoenix. Bitwise’s and VanEck’s products are both similar, in that they both plan to be 100% backed by Bitcoin; Wilshire’s product differs from the pack, intending to mix Bitcoin with short-term U.S. Treasury securities to reduce risk and volatility.

The SEC will have to make a final decision on Bitwise’s and VanEck’s proposal by mid-October. The delay of the Wilshire verdict gives the financial regulator another ~45 days to come to a conclusion, meaning the next ruling deadline is September 29th.

As reported by Ethereum World News just prior to the verdict, this outcome (or lack thereof) was mostly expected.