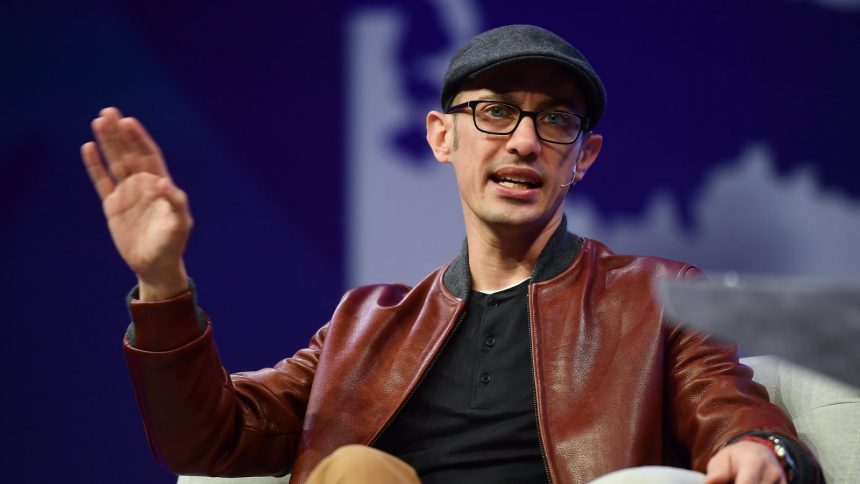 Shopify CEO Tobias Lütke has been busy buying the dip on Coinbase stock, having scooped up almost $3 million in shares over the past two months.

Lütke, who co-founded ecommerce giant Shopify in 2006, has on average spent roughly $369,000 on Coinbase stock every week since the start of August.

The billionaire tech entrepreneur became a Coinbase board member in February and currently holds the title of director, which requires him to file trades with the SEC.

All his purchases were made in line with a Rule 10b5-1 trading plan adopted on May 26, 2022, when Coinbase stock traded for just under $70, having fallen nearly 75% since the start of the year.

Coinbase stock traded for $65 at 11:30 am ET, meaning Lütke is down 12% on his purchases so far, representing $330,000 in nominal losses. Blockworks reached out to Lütke but has yet to receive a response. Coinbase declined to comment.

The company awarded Lütke batches of shares in February and June, and he disclaimed beneficial ownership 25,500 shares around the time he was elected to the board. Lütke owns 65,815 Coinbase shares per his latest disclosures, now worth $4.28 million.

But Lütke’s repeated buys are rare among company insiders. In fact, one other Coinbase executive has bought the company’s stock since it went public via direct listing last April: Co-founder Fred Ehrsam.

Ehrsam spent $76.8 million on more than 1.12 million shares throughout May, with trades averaging out to $68.49 per share. This puts Ehrsam in the red by 5%, which works out to $3.35 million in paper losses on those particular trades, at current prices.

Indeed, it’s far more common for Coinbase insiders to cash in their shares. After all, Coinbase’s direct listing differed from a traditional initial public offering (IPO), in that no new shares were created when it opened for trading on the Nasdaq. All liquidity instead came from existing shareholders.

In total, Coinbase insiders have jettisoned almost 15.7 million company shares for around $5.8 billion, at an average price of $369.39, according to SecForm4 data compiled by Blockworks — more than 85% of it offloaded during Coinbase’s first day of public trading.

Coinbase stock would need to rise more than 450% to reclaim insiders’ average sale price to date.

Wilson has so far sold more Coinbase stock than any other insider, having generated $3.63 billion across his own sales and that of his investment vehicle, Union Square Ventures.

Stock pickers have grown reliant on ‘back-to-basics’ approaches to calculating where to park money to weather inflation and depressed market sentiment, seeking strong balance sheets with clear revenue growth. “I’m not a fan of their heavy use of non-GAAP metrics in their accounting,” Maher said.

“The stock may have some short-term upside potential, but beyond that, I would prefer to stay away from it.” Coinbase reported a year-on-year 63% drop in revenue in this year’s second quarter, posting a $1.1 billion loss on $803 million revenues, both figures below analyst expectations.

These factors could explain why Shopify’s Lütke stands as the lone Coinbase insider to load up on Coinbase shares last quarter, despite the dip.

Coinbase’s stable short interest offers one ray of hope. Over the past two months, COIN short interest has hovered between 24.6 million and 26 million shares, equal to about 17% of the float, indicating bets on further substantial dumps are drying up.

Attend DAS:LONDON and hear how the largest TradFi and crypto institutions see the future of crypto’s institutional adoption. Register here.