For the comic books fans out there, if blockchain were in the Marvel Universe, ‘interoperability’ may very well be an Infinity Stone alongside scalability, privacy, throughput, quantum resistance, and smart contracts. And if you are not comic book fans, all the better. The Infinity Stones were the mythical trophies that took center stage in the Avengers film series, (which is among the most successful blockbusters series Hollywood has ever produced), and for blockchain to finally take similar prominence on the world stage, interoperability too, must arrive in earnest.

For some context as to why interoperability is crucial to the blockchain cause, you could look to the invention of the automobile.

While the automobile by itself was a nation-building achievement, comprised of several equally impressive feats of intelligence, a car is rather useless without the necessary infrastructure. In order for the car to come to be known as the essential cog in the global social fabric that we acknowledge to be today, we needed roads, highways, parking lots, gas stations, service garages, automotive insurance, a traffic control system, and yes, even the dreaded Dept of Motor Vehicles.

In short, we needed a system through which all the cars, and their drivers could communicate with each other. We needed interoperability.

Currently, all sorts of advancement is taking place in the blockchain space, both publicly and privately. While that is all well and good, without some sort of meeting ground, a Tower of Babel threatens to emerge, and dowse the potential benefit that could have been. Like the UN, in order for leaders of global powers to convey nuanced aspirations, policy, and concessions, interpreters must be ready and available.

And it is the great hope of the masses that those interpreters are even better statesmen than the diplomats they speak for. As you can see, the main talent of interoperability is the capacity to ‘bring it all together’, and Gravity, the interoperability solution presented by WAVES, does just that in a similarly elegant fashion with a blockchain-agnostic protocol. 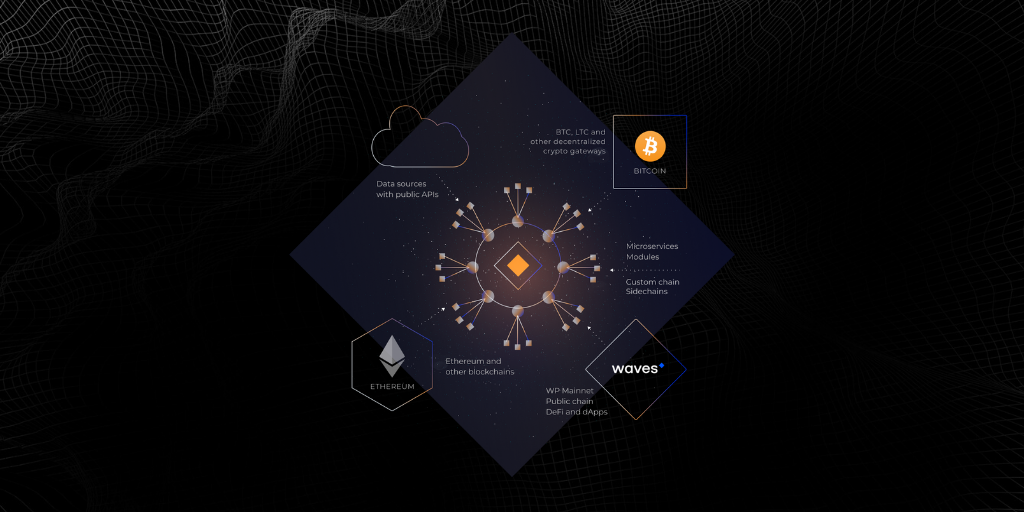 One of the main benefits to the Gravity interchain solution is that where other projects like Aion, Polka, Cosmos and others create a new master blockchain with accompanying native token and tokenomics, Gravity imposes no such foreign-token tax, and instead leverages the existing token economics of the underlying asset, making it the only truly blockchain agnostic interchain solution.

Similarly, Gravity separates itself in the ever competitive field of blockchain oracles, (including Chainlink, Provable, Band and among others).

Here again, payments for Gravity’s oracles’ services is provided in the native liquid tokens of the public blockchains that are integrated into the Gravity network. Their solution can be described as a ‘single self-governing decentralized oracle with free entry for new members’.

The welcomed summary: Gravity affects all equally, regardless of the blockchain you rode in on. 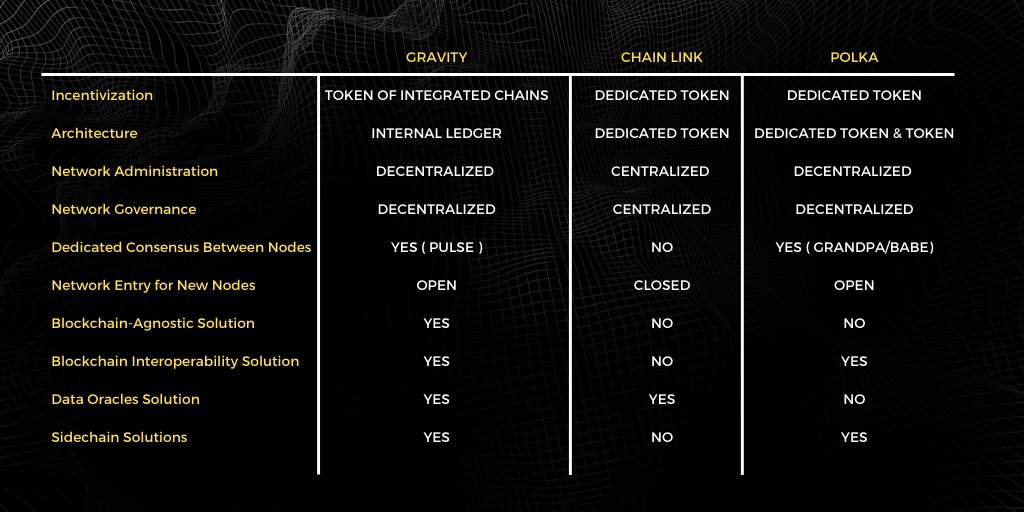 Gravity is a refreshing take on interoperability, and frankly, one that is needed in the space. Though we have a lot of respect for the Chainlink team, as well as Cosmos and others, the invention of a new token to power a new master blockchain network can strike one as both a little shortsighted and over-reaching.

Of course everyone should be paid for their part in making immutable data on the network go-round, but there is unnecessary friction in adjusting for fees in one currency, then another on the same transaction.

Also, where private blockchains developed in house by various firms interact with interoperability chains, wouldn’t they rather engage in seamless transaction decentralized network than kiss the rings of centrally composed nodes? Though other projects may have no shortage of talent or head start, Gravity presents a sensible solution set whose philosophy may turn out to be just as undeniable as its namesake, (which coincidentally, even the WAVES can’t deny). 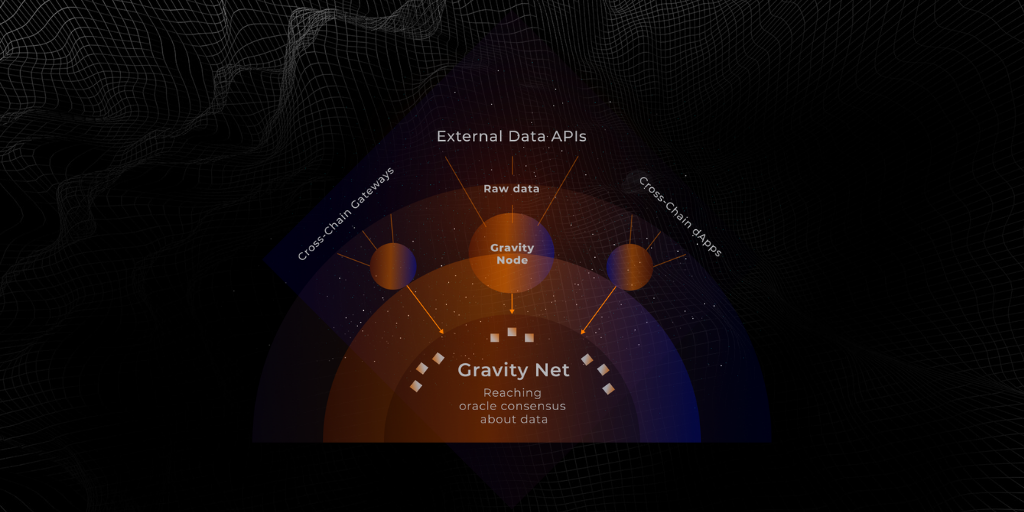 If you wish to learn more about Gravity interoperability solution, check out their website here