THE SPECULATOR’S GUIDE TO MASTERNODES AND MASTERNODE NETWORK VALUE

Given the fervour that began with DASH announcing the release of its initial masternode system and that continues to surround the plethora of projects now offering their own versions of one, what exactly is the incentive for a speculator to run a masternode, and how can one navigate the oversaturated space to find the most promising opportunities? One brief glance at a masternode directory, such as www.masternodes.online, will suffice to show just how daunting a task this can seem to those unfamiliar with the territory; with well over 300 masternode coins listed on that website alone, what should you really be looking for? 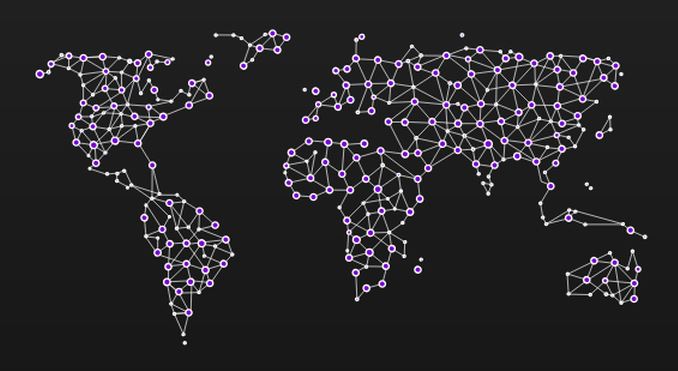 Masternode Network Value (MNV), as I like to call it, is the calculation that I consider the key to unlocking the most dependable opportunities in the masternode space. Note that I do not say ‘most profitable’, but rather ‘most dependable’. There is a critical difference between the two, but we will get into that a little later. By the end of this post, you will have a comprehensive take on my approach to masternodes: how I research and analyse them; the distinction between profitability and dependability; why I believe that MNV is the most informative calculation one can make regarding masternode speculation; and how the common pitfalls can be avoided.

​But first, we must first define what a masternode is and why they can be a profitable addition to an altcoin portfolio. Forgive me if I butcher the definition, though I write from the perspective of a speculator, and, as such, much of the (irrelevant) technical information has been omitted:

​A masternode is simply collateral, in the form of a predetermined amount of a given coin, that fulfils certain tasks on the blockchain and is rewarded for these tasks, often with a fixed portion of the block reward.

​Thus, running a masternode is financially incentivised, and one can begin to accrue a steady passive income given an appropriate strategy. Needless to say, it is a space rife with opportunity but also pitfalls, and rarely is it ever as easy as simply selecting a masternode coin, buying the collateral and watching the income pour in. I first began to utilise masternodes in my own altcoin portfolio around twelve months ago, being aware of the potential rewards but anxious about the technology and all that goes with it prior to that. Since then, they have become integral to my strategy, and some of the greatest returns-on-investment that I have gained have stemmed from such projects.

​Without further ado, let’s get stuck in.

​To begin with, we need to identify the tools and resources available to us to search out – with some luck – promising masternode projects. As far as I am aware, there are five useful masternode directories or ranking websites:

These should suffice for the research process, though I often also scour the Bitcointalk threads – using a simple search for ‘masternode’ – to bolster the list of potentials.

​To clarify, let’s take DASH as an example. The MNV of DASH would be:

​For comparison, let’s take MANO as an example. The MNV of MANO would be:

​And finally, let’s take MEDIC as an example. The MNV of MEDIC would be:

This is essentially just an equivalent calculation to that of the Coins Locked figure that can be found on some masternode directories, which shows the supply that is currently locked in masternodes as a percentage of the circulating supply, except that I prefer working it out as an MNV figure because I get to know the strength of the underlying masternode network. This leads us on to the next question; what exactly am I looking at with this calculation, and why is it helpful?

​MNV is a figure that shows you how much of the market cap of any given masternode coin has actually been bought up and locked into running masternodes. Therein lies its utility; market caps can be useless, artificial figures, but MNV cannot feasibly be faked. It is indicative of true demand and value for a masternode project, as it illuminates the amount of buying that has taken place to accrue those masternodes. The first part of the calculation is itself the masternode network value, as it is a sum of the cost of all masternodes currently online, and we use the circulating market cap to assess how much of a coin’s perceived value is actually in use. It’s all well and good having a billion-dollar market cap for a masternode coin, but if only 10% of that is in operation – running masternodes – it speaks volumes as to the dependability of that masternode network.

​With regards to how this calculation becomes useful in our analysis, it differs based on the following section.

​I must preface this by mentioning the more imminent danger to high-profitability: inflation. With a swift glance at the masternode directories I have provided, you will see an abundance of coins seemingly offering upwards of 1000% annual ROI, and at least a handful offering upwards of ten times this. This is a death trap. Do not fall for the false glisten of such rewards; with immense profitability comes immense inflation. The cause of such rewards is as follows, and it is simply a marketing trick:

​Project Z announces its launch and states that its masternodes will be providing 1000% annual ROI by offering the vast majority of their block rewards to masternode holders → This attracts a large number of speculators and miners → The collateral requirement is high and the project has a premine that allows for a handful of masternodes to be set up by the developers to ‘get the masternode network running and stable’ → The developers use part of the premine as a listing fee to index their projects on the popular masternode directories → Meanwhile, the early masternodes are reaping far greater than the specified 1000% annual ROI as there are so few up and running, so block rewards are disproportionately being accrued to those early few → The masternode directories now show the project to currently offer far greater than 1000% annual ROI, which in turn attracts more speculators and miners → This creates artificial demand for the coin, as the collateral amount is often so excessive that it is impractical to simply mine the amount in short enough a time-period to reap the current rewards → The early masternode holders can sell their rewards because of such high demand → More and more masternodes come online and the annual ROI greatly decreases to accommodate this but supply emission does not change as the block rewards remain the same → The price of the coin decreases as demand is no longer sufficient to maintain the supply emission, to the woe of anyone who bought their masternode collateral after the early few.

This may be a simple trick, but it has been used and re-used by so many projects that there is now a graveyard of tens, if not hundreds, of coins that will never recover. The allure of high profitability is too great for the trick to stop working. It is partly the reason for my hack, back in October 2017, as I was scouring the crevices of the cryptosphere for early entry into the most profitable masternodes; thereby unwittingly downloading an unsafe wallet with a hidden RAT that later devoured the majority of my altcoin portfolio. There can only be a few winners (at least at the highest levels of profitability) for such coins, and these are all too often the developers and the very earliest (and luckiest) miners. I myself was lucky enough to be perhaps one of the first five miners on Magnet, securing myself three or four of the first twenty or so masternodes, and, as such, reaping since-unparalleled profitability. But this is a rarity and not one I suggest seeking out. (Saying that, I may find someone with more experience in speculative mining to write a guest post on this, at some point.)

​For the inconvincibles, there is still a process for picking profitable masternodes that won’t have you weeping after a week:

​Now, you might be more like me. You might prefer dependable, longer-term masternodes to add to your portfolio. In this case, the bar is considerably lower for MNV and the range narrower for profitability. (This is where the sole distinction lies in the selection process, as the rest of the above outline works across-the-board.) Dependable masternodes are so because of their low inflation, historically sustained demand and stable networks. This kind of masternode is most suitable for passive income purposes.

​How do we find them? Well, aside from the filtering process above

​Look for coins with an annual ROI between 10-100%. This is a stable range of inflation and still very profitable for a passive income model.

​In conclusion of this post, I’d like to run through some common mistakes that inexperienced (or experienced) speculators may make:

What is Proof of Stake?

Why do Gold and Bitcoin Have Value

Life of a Whale