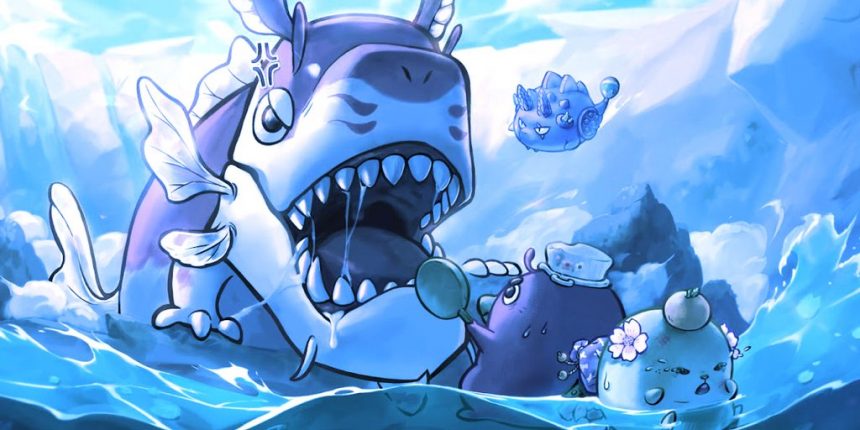 SHARE
Contents
FTX contagion continuesStay on top of crypto news, get daily updates in your inbox. This week in coins. Illustration by Mitchell Preffer for Decrypt.

This week’s crypto market was another mixed bag as the industry continues to navigate the continued contagion from the FTX collapse.

Bitcoin and Ethereum again closed the week basically flat, which might be considered a win considering the losses some of the other top coins experience. As of Saturday morning, Bitcoin (BTC) was up less than 1% over the past seven days, and Ethereum (ETH) was down 1.5%. Most of the top 50 coins by market cap were in the red for the past week or, if in the green, up less than 2%.

But a rare winner over the past seven days was Axie Infinity’s native AXS token. The token rose by a whopping 21% since last weekend and is now trading hands at roughly $8.50, per CoinGecko.

The AXS token is used in the popular play-to-earn crypto game, where users battle Pokémon-like creatures.

AXS is the project’s governance token, allowing holders to vote on things like how the project’s treasury should be allocated, or proposed new features in the game. The game uses another token called the Smooth Love Potion (SLP), which is used as a reward for users for winning duels.

This week’s spike follows the launch of the project’s Axie Contributors initiative. Roughly 700 “committed” members of the community will earn formal roles within the game’s governance model as part of Axie’s push for more informed discussions about how the game should operate.

After AXS, the native token powering the self-custody crypto wallet Trust Wallet is also on a rally. TWT has risen roughly 6% over the past seven days, nearly hitting $3, per CoinGecko. Like Axie Infinity’s token, Trust Wallet is a governance token used to vote on new development for the Binance-owned wallet.

Tokens for the decentralized exchange aggregator 1inch (1INCH), Chainlink (LINK), and Flow (FLOW), all round out this week’s biggest losers.

The collapse of Sam Bankman-Fried’s crypto empire last month is still causing damage in the industry, with several firms announcing more layoffs this week in the wake of FTX’s bankruptcy.

Bybit, Swytfx, and Koinly all announced a cut in their workforce, citing both contagion from the collapse of FTX and the ongoing bear market.

Besides layoffs, Maple Finance, a platform that lets firms spin up a lending facility using smart contracts, was also hit with knock-on effects. The platform announced this week that it would be cutting all ties with Orthogonal Trading after the latter “misrepresented” its exposure to FTX, leading it to default on its loans.

M11 Credit, the firm that created the lending facility on Maple from which Orthogonal borrowed, said, “we believe that Orthogonal Trading previously purposefully misstated their exposure and has therefore committed a serious breach of the Master Loan Agreement (MLA).”

It wasn’t just M11 and Maple that got burned. Crypto insurance protocol Nexus Mutual, another borrower from the same M11 pool, also revealed losses of roughly $3 million in Ethereum due to Orthogonal’s default.

As for SBF, it looks like he’s finally heading back to Washington D.C. to testify before the House Financial Services Committee.

After a public back and forth on Twitter with the Committee’s Chairwoman Maxine Waters, the former CEO of FTX said that he would be “willing to testify” despite “a limit” to what he can say due to not having “access to much of [his] data—professional or personal.”

The meeting is slated for December 13 and will seek to unpack how the exchange collapsed last month.

The views and opinions expressed by the author are for informational purposes only and do not constitute financial, investment, or other advice.