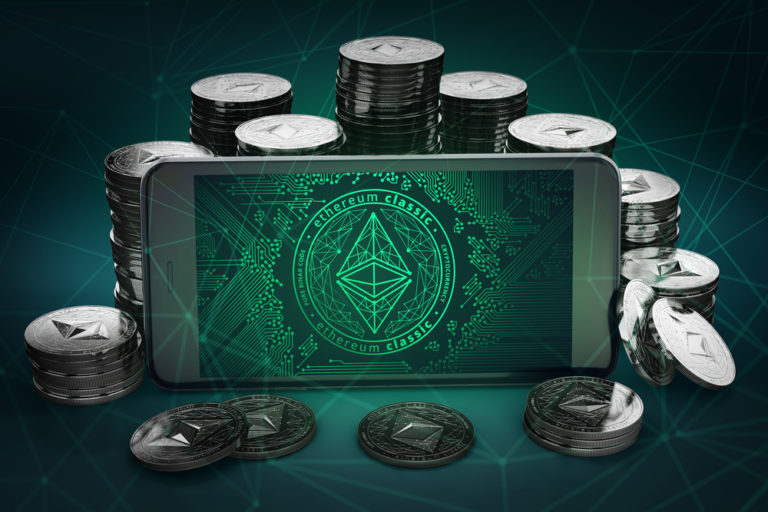 This week has been pretty dismal for most of the altcoins. In fact, the entire year so far has not been anything to celebrate for many of them which are still languishing over 90% down from their peaks. One which has started to recover this week is Ethereum Classic, so what is driving the ETC mojo at the moment?

While its big brother has been languishing below $200, Ethereum Classic has been on fire this week. On Tuesday ETC was trading at around $5.50 and by Friday it had surged 36% to top out over $7.50. Daily volume has also skyrocketed $350,000 to over $1.6 billion as FOMO grips this altcoin.

The surge has doubled its market capitalization to over $800k as it moves up the charts flipping Chainlink, Tezos, IOTA and NEO into sixteenth spot.

It appears that a hard fork scheduled for next month could be driving some of the momentum. Atlantis, which will occur at block 8,772,000, has been slated for September 13. According to a medium post the hard fork will introduce a number of network improvements.

“Atlantis implements Ethereum’s Byzantium and Spurious Dragon upgrades to the Ethereum Classic network and has been adopted as an accepted Ethereum Classic Improvement specification which can be found at ECIP-1054.”

Improvements to functionality and stability will also take place with the protocol upgrade.

In another medium post the Ethereum Classic team stated that London based token investment group, North Block Capital, had partnered up with them to provide comprehensive crowd sale expertise. Asian markets will be targeted in the initiative:

“As part of Studio, ETC Labs will provide technical support to create, launch and manage token sales as well as marketing expertise for promoting to the Asian market and creating liquidity through exchange listings in Asia.”

The two organizations have identified the region as having the largest potential for growth for crypto tokens and blockchain projects.

An annual Ethereum Classic ETC Summit event is also slated for early October. The summit will take place in Vancouver and will include development, IoT, cross-chain interoperability, market dynamics, smart contracts, and social issues surrounding blockchains according to the official website.

These bullish fundamentals have helped drive the price of Ethereum Classic higher in the short term. The bigger picture is not so pretty though as ETC is still down 83% from its all-time high. Altcoins will take all that they can get at the moment, even these little spikes.