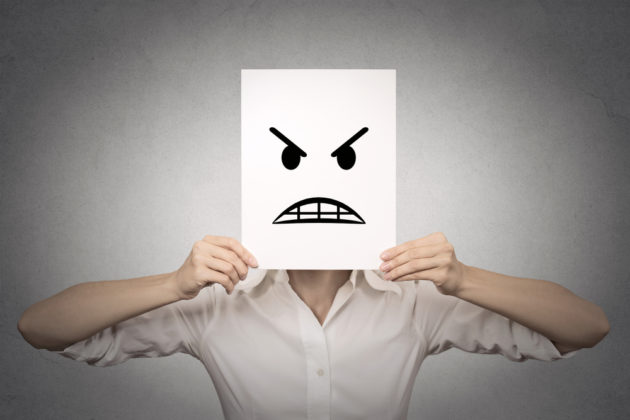 Cryptocurrency researchers at the TIE found that Bitcoin SV lately suffered one of its worst ‘Twitter-mentions’ deficit. Tweet volumes on the project dropped by a sheer 87 percent since its May highs, marking an all-time low. The move downhill reflected that social media users are quietly losing interest in Bitcoin SV, which is further visible in the price performance of the project’s native asset, the BSV. 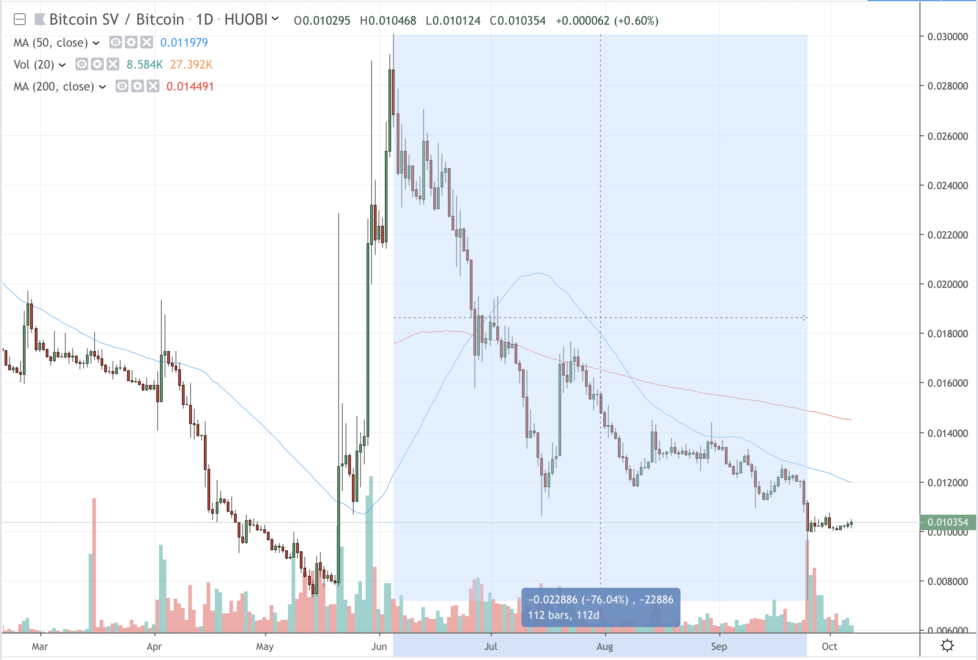 Bitcoin SV dwindles sharply against the US dollar and Bitcoin | Image credits: TradingView.com

The ninth-largest cryptocurrency by market capitalization slipped by more than 75 percent against the US dollar between June 22 and September 25. Its performance against the benchmark cryptocurrency bitcoin was similar. The BSV/BTC instrument, within the same period, plunged by 76 percent, showing that traders parked their BSV capital to other cryptos and fiat currencies.

What Drove Bitcoin SV Followers/Traders Away?

At the core of Bitcoin SV’s surplus losses is its founder Wright. The self-proclaimed Satoshi Nakamoto lost credibility before its hardcore followers after a Florida court judge savaged him for repeatedly lying under oath.

Judge Bruce Reinhart, who was hearing a case against Wright’s alleged involvement in cheating his deceased partner Dave Kleiman, noted that the Bitcoin SV founder forged documents to steal multimillion dollars worth of bitcoin. He ordered Wright to handle back all the bitcoin, which many believed were mined during the early years of the cryptocurrency, to Dave’s brother Ira Kleiman. A defensive Wright responded that he couldn’t produce bitcoin without Dave’s signatures, clarifying that they remain locked inside a so-called Tulip Trust.

Tweet volumes on Bitcoin SV have hit an all-time low. Falling 87% from May highs. pic.twitter.com/Jn2hEfG6ik

The same bitcoin could prove that Wright is the true inventor of bitcoin.

“Dr. Wright’s demeanor did not impress me as someone who was telling the truth,” Judge Reinhart wrote. “I completely reject Dr. Wright’s testimony about the alleged Tulip Trust, the alleged encrypted file, and his alleged inability to identify his bitcoin holdings […] Dr. Wright’s story not only was not supported by other evidence in the record, it defies common sense and real-life experience.”

Bitcoin SV’s followers supported the project because of the weight Wright – which they believed was the real Satoshi Nakamoto – put behind it. Kleiman’s case against Wright damaged the latter’s reputation, which could have been instrumental in driving its core users away.

What do you think about Bitcoin SV’s diminishing social media popularity? Let us know in the comments below!