Bitcoin traders should brace for a decent upside momentum led by the gold market.

It is because of the increasing realized correlation between the two assets. As of August 3, Bitcoin and gold were moving in the same direction with up to 67.5 percent accuracy. That marked their highest 1-month correlation in 2020, illustrating their likelihood to tail one another for the rest of the year. 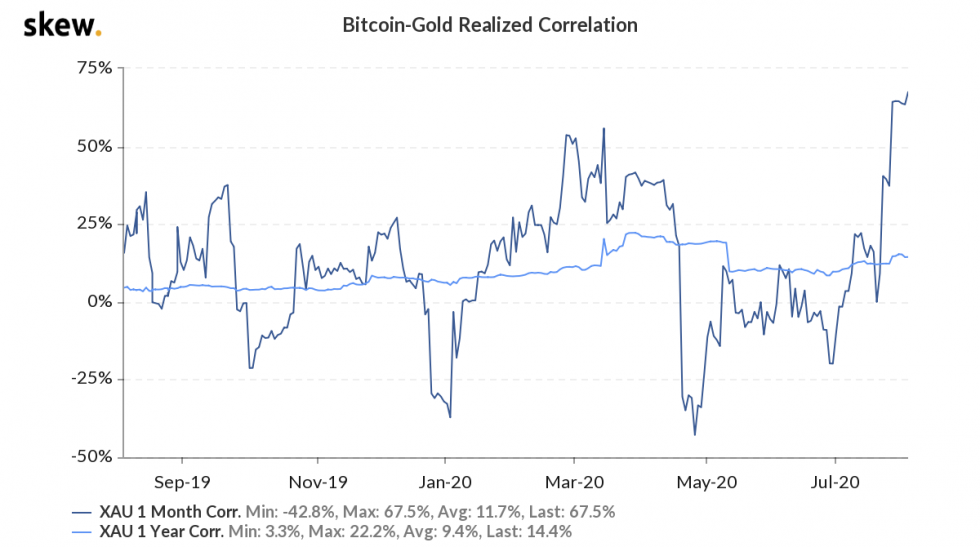 If the analogy is correct, then what UBS Global has to say about gold could prove equally beneficial for Bitcoin.

Wayne Gordan, executive director of Commodities and Forex at UBS Global Wealth Management, told Bloomberg that he expects gold to hit $2,000 by as early as September 2020.

In his telephonic interview, Mr. Gordan stated that gold needs the real yields on US Treasuries to “dig deeper into the negative territory.” As of Friday, the real yields on 10-year Treasuries – which removes expected consumer-price changes from the nominal bond yields – slipped to as low as minus 1.005 percent.

The plunge reflected higher demand for Treasury bonds despite anticipation of poor returns. It also showed that investors’ readiness to pay up for safe-haven assets against the tumbling US economy led by the COVID pandemic.

Mr. Gordan said the real yield could now fall to as low as minus 1.6 percent in the coming months, thereby raising bids for gold. Bitcoin, owning to its safe-haven narrative and growing correlation with gold, could, therefore, tail the said upside trend. 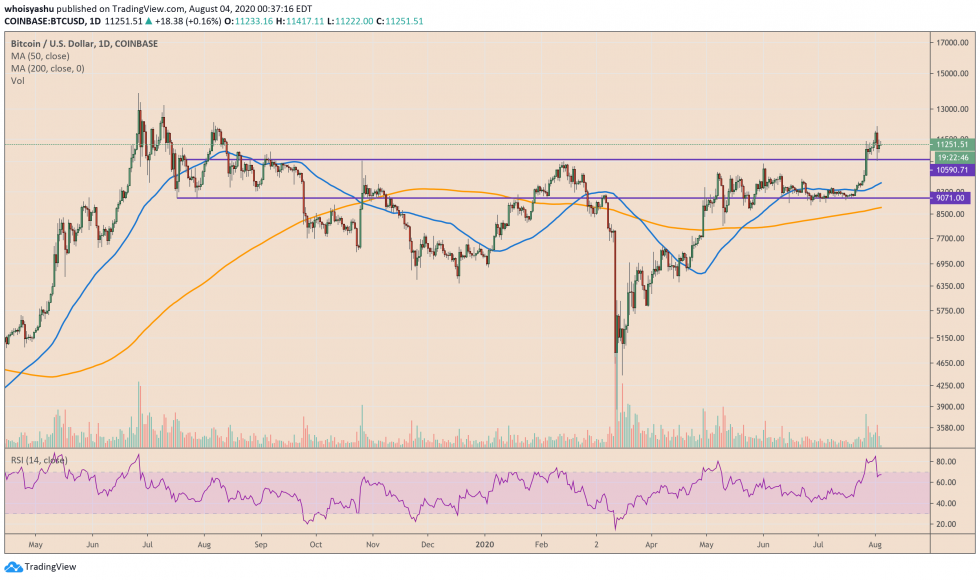 Bitcoin price up 22.31% in Q3 on falling US bond yields and US dollar rates. Source: TradingView.com

The cryptocurrency has so far proven itself to be a decent hedge against the US bond market. It broke out of its sluggish $150-range two weeks ago to win a breakout towards $12,000. That was the same period when gold broke to the upside to approach its record high at $2,000.

And then, there is the Federal Reserve’s monetary policy that promises to keep the tap of money open as long as the US economy requires it. Traders expect that the US central bank will maintain its interest rate near zero for the next few years, especially after data released last week showed the economy in its most significant postwar contraction.

Expectations of a weaker US dollar also put additional upside pressure on safe-havens like gold and Bitcoin. Mr. Gordan noted that the greenback would continue to depreciate even below its two-year low.

Bitcoin and the US dollar index have been displaying a negative correlation since March’s infamous global market rout.

US Stock Markets to Have a Slow 2020, Will Investors Turn to Bitcoin and Crypto?

How Bitcoin Would React to Massive $1B Options Expiry Today

Ransomware Funds Are Moving In and Out of Binance