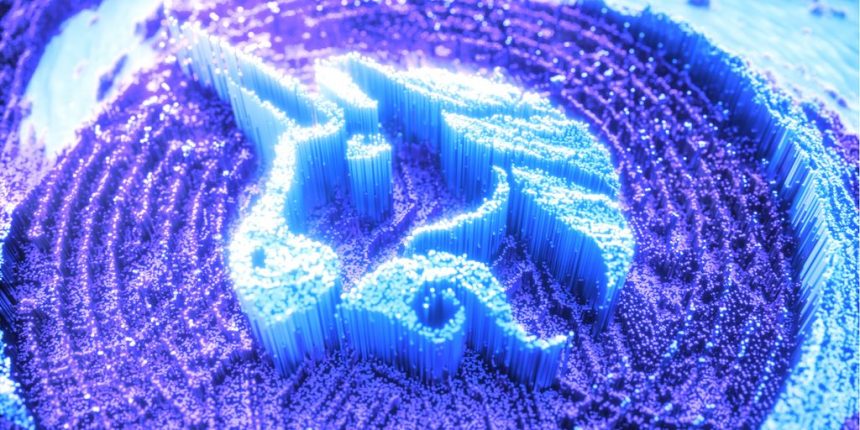 Five months after acquiring NFT trading aggregator Genie and its founder Scott Gray, Uniswap is launching an NFT aggregator on its website.

“A lot of people think of NFTs and tokens as two siloed experiences, two siloed audiences,” Gray, who now works as Uniswap’s Head of NFT Product, told Decrypt in an interview. “But that’s not really the case.”

Uniswap, one of the most popular DeFi protocols for self-custodied token trades, has roughly $3.48 billion in total volume locked. Now it wants to level the NFT playing field with its aggregator. With it, users can view listings and “global floor” prices across seven different marketplaces, bulk-buy NFTs in a single transaction, and list NFTs for sale across marketplaces.

But Uniswap’s NFT product isn’t just a repackaged Genie. Gray told Decrypt that more marketplaces have been added and its smart contract has been revamped to be up to 15% cheaper on gas fees than other aggregators.

As a part of the launch, Uniswap will be offering limited gas rebates to its first 22,000 aggregator users on their first transaction, up to 0.01 ETH each (roughly $12) until December 14. Rebates can be claimed after January 16 through the Uniswap app.

While that might not seem like much, early Genie adopters will also be eligible to receive part of a $5 million USDC airdrop for “certain historical Genie users” via Uniswap’s official site to celebrate the launch. Genie users that made more than one transaction before April 15  will be eligible for $300 each, while holders of Genie’s Genesis NFTs or Genie Gem NFTs will be eligible for $1,000 each.

Uniswap’s NFT aggregator encompasses listings and data from OpenSea, X2Y2, Sudoswap, LooksRare, Larva Labs, Foundation, and NFT20. Gray said Uniswap can add more in the future, but most marketplaces store their data off-chain. This means Uniswap would need those marketplaces’ cooperation to obtain the API keys needed to add them to its site.

Why use an aggregator? While OpenSea remains the most popular NFT marketplace, the tides may be changing. As more and more NFT marketplaces launch, the trading experience becomes more complicated and spread out as users set up accounts on multiple marketplaces.

“I think it’s safe to have all this fragmentation as long as you have a really good aggregator because it allows for the users and the creators to be in control rather than the platform,” Gray told Decrypt.

“And we won’t end up in a situation like the [Apple] App Store where they can take down anything, or right now, for example, they’re basically limiting the NFT space because they want 30% of every NFT sale.”

Uniswap’s aggregator won’t enforce creator fees, which have become a hot-button topic as various marketplaces announce they will (or won’t) be enforcing creator fees for secondary sales.

“Creator fees have been a huge catalyst for the NFT space,” Gray acknowledged, but clarified that Uniswap won’t enforce such fees through its platform.

“As an aggregator, we don’t have the ability to set creator fees, or enforce creator fees, because we’re not creating listings on our side,” he said. “But in light of that, we made it really easy for users to filter out which marketplaces they want to use, or they don’t want to use.”

“If we have a ton of information asymmetry, and a lot of capital inefficiency in the NFT buying experience, then we’re not going to get the mainstream adoption that we need in the space,” he said.

“I see an aggregator like Uniswap more like Google Search, where we’re directing traffic to where it’s most efficient.”

Uniswap’s aggregator will be open-source, meaning anyone can contribute suggestions for improvements to its protocol and interface through GitHub.

When asked if Uniswap will add any of its own fees to its aggregator in the future, Gray said there are currently no plans to do so.

While the aggregator will only support Ethereum NFTs at launch, it’s possible more may be added down the line.

“We definitely have on our radar to expand to more chains,” Gray said.

Uniswap’s shiny new aggregator isn’t its first foray into NFTs, however. The DEX previously launched a limited collection of “phygital” Ethereum NFTs called Unisocks, which are digital socks that can be “burned” and redeemed for an IRL physical pair.

“Hayden is still doing hand deliveries for Unisocks,” Gray said of Hayden Adams, Uniswap’s inventor and Uniswap Labs CEO. “It has become like a meme for Ethereum OGs and large Uniswap supporters.”