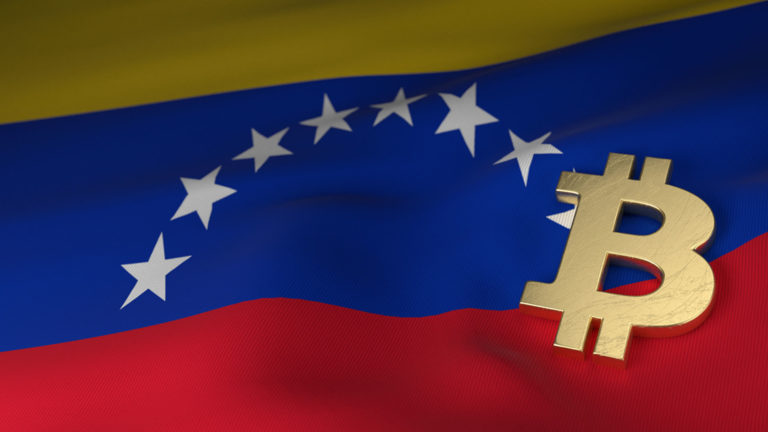 Bitcoin trading in Venezuela surged to a record high last week as fears of escalating hyperinflation intensified. The economic situation in the South American nation is going from bad to worse and people are flocking to BTC as a safer haven.

According to metrics website Coindance, volume on localbitcoins for the Venezuelan bolivar surged to a record high of 116.8 million sovereign bolivars (VES) – approximately $US5.3 million – for the week ending on the 31st of August. This is over double the volume for July and over 60% higher than the August average of around 70 million VES.

The website, which tracks trade volumes on peer to peer crypto exchange platforms, reported that Venezuelans are trading more Bitcoin than ever before. The demand
for BTC is being driven by the devaluation of the local currency as hyperinflation continues to crush the economy.

Professor Steve Hanke from Johns Hopkins University highlighted the problems most of the population now faces.

“In #Venezuela, monthly minimum wage and pensions are “barely $2”. With the#Venezuelan #bolivar hyperinflating at 25,455%/yr, most VNZ citizens cannot afford the daily necessities needed for them to “live”.”

The surge in Bitcoin volume last week coincided with reports regarding the prospect of military intervention as a solution to Venezuela’s ongoing political and economic crisis. According to reports over the weekend the government presented evidence that paramilitary training camps were being setup in neighboring Colombia in order to undermine President Nicolás Maduro.

The possibility of a Caracas coup has clearly rattled the people of Venezuela who have started to turn to Bitcoin as a way of safeguarding whatever dwindling assets they have remaining.

Venezuela is not the only Latin American country to suffer economic hardships. Over the weekend the Argentine central bank levied capital controls on businesses following a decline of over 25% in the value of the pessince local elections last month. Companies and banks must seek authorization in order to sell pesos for foreign currency and individuals will be limited to purchases of $10,000 per month.

Following a dump of almost 50% last month the stock market has continued to plunge with concern over the prospects of a return to populism in Argentina. As was the case in China, which also has capital controls in place, investors are likely to turn towards safer assets beyond government intervention.

Localbitcoins volume for the Argentine peso has also surged this year, peaking in July at over $15 million for the week. The peso has decline almost 40% against the US dollar so far this year so a similar pattern is emerging here.