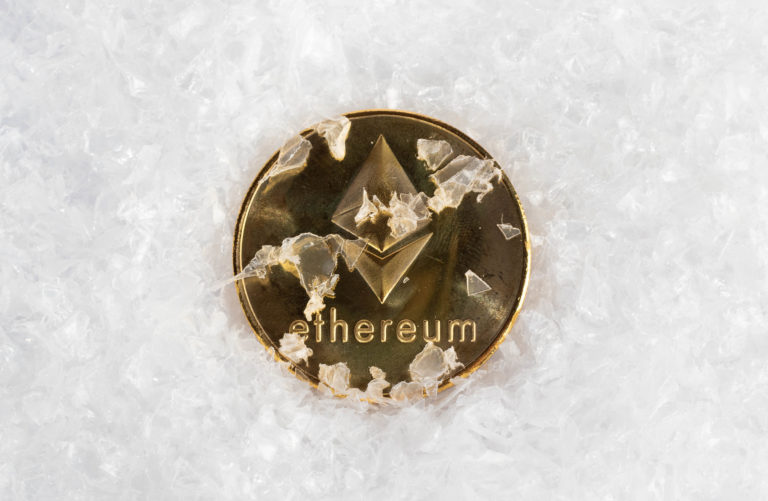 While Ethereum seems healthier than ever, this isn’t entirely the truth. As detailed by Bloomberg in an extensive report, the popular blockchain has been afflicted by the use of Ethereum-based USDT tokens over recent weeks. In fact, transactions involving the stablecoin and spam smart contracts have resulted in the network utilization of Ethereum reaching 90% for the first time in forever. Indeed, according to EthGasStation last week, the Tether smart contract is responsible for more than 17.5 times the fees paid by CryptoKitties and six times more than IDEX, the leading Ethereum-based decentralized exchange.

This could lead to higher transaction costs, according to a comment made by Ethereum’s wunderkind creator Vitalik Buterin in an interview with Canadian media earlier this month.

Some have even gone as far as to say that this extremely high network usage metric could result in Ethereum’s death. Samson Mow, the prominent chief security officer of Bitcoin development and infrastructure firm Blockstream, recently took to Twitter to lambast the project. In a fiery tweet, the industry entrepreneur wrote that he believes “Ethereum is a technological dead end”, claiming that the “more it’s used, the faster it dies.”

Other prominent Bitcoin-centric investors have echoed this line, trying to stick it to the Ethereum crowd.

With this much fear being circulated around the community and the blockchain evidently coming under some stress, talk has erupted around potential solutions to Ethereum’s qualms.

Vitalik Buterin, the wunderkind creator behind the project, weighed in on Reddit. In a thread discussing the effect of Tether’s USDT on Ethereum, Buterin explained that the community should commence a social media campaign on Twitter and Reddit to promote the increase of gas limits. This would help to reduce stress on the blockchain.

While there is no guarantee that such a change would make it to market, Buterin claims that “historically, the large mining pools have listened to community pressure”, and would fold if it benefited the network.

Ethereum’s precarious situation has purportedly been reflected in the cryptocurrency’s price action. As Mohit Sorout, a prominent cryptocurrency trader, recently pointed out, the asset is about to see a one-day death cross, with the 50-day moving average looking poised to cross under the 200-day moving average. This comes in spite of the golden cross seen earlier this year. Death crosses have historically preceded massive downturns in the prices of not only Ethereum, but a swath of traditional assets too.

There may be some hope, though. As this outlet reported previously, Nik Patel, a popular cryptocurrency analyst, wrote that ETH may be ready to express some short-term bullishness, despite flashing mixed signals across multiple trading pairs and time frames.