One of the most important crypto events of the year, the 2020 Bitcoin block reward halving, is rapidly approaching. Estimates derived from blockchain data, in fact, suggest that the key occurrence will come to pass in just under 30 days — a month.

With this, the number of BTC coins issued per block will be sliced in half — hence the moniker of “halving” — resulting in an instant 50% drop in the inflation rate of the leading cryptocurrency.
The imminent arrival of the halving hasn’t gone unnoticed, with data from Google Trends indicating that interest in the term “Bitcoin halving” is shooting to fresh all-time highs.

According to Google Trends data as of April 14th, American Google users last month searched the term “Bitcoin halving” more than ever before as the event nears, presumably to find out more about the event. Google projects that the upcoming month will see demand for the search term double from the current numbers. 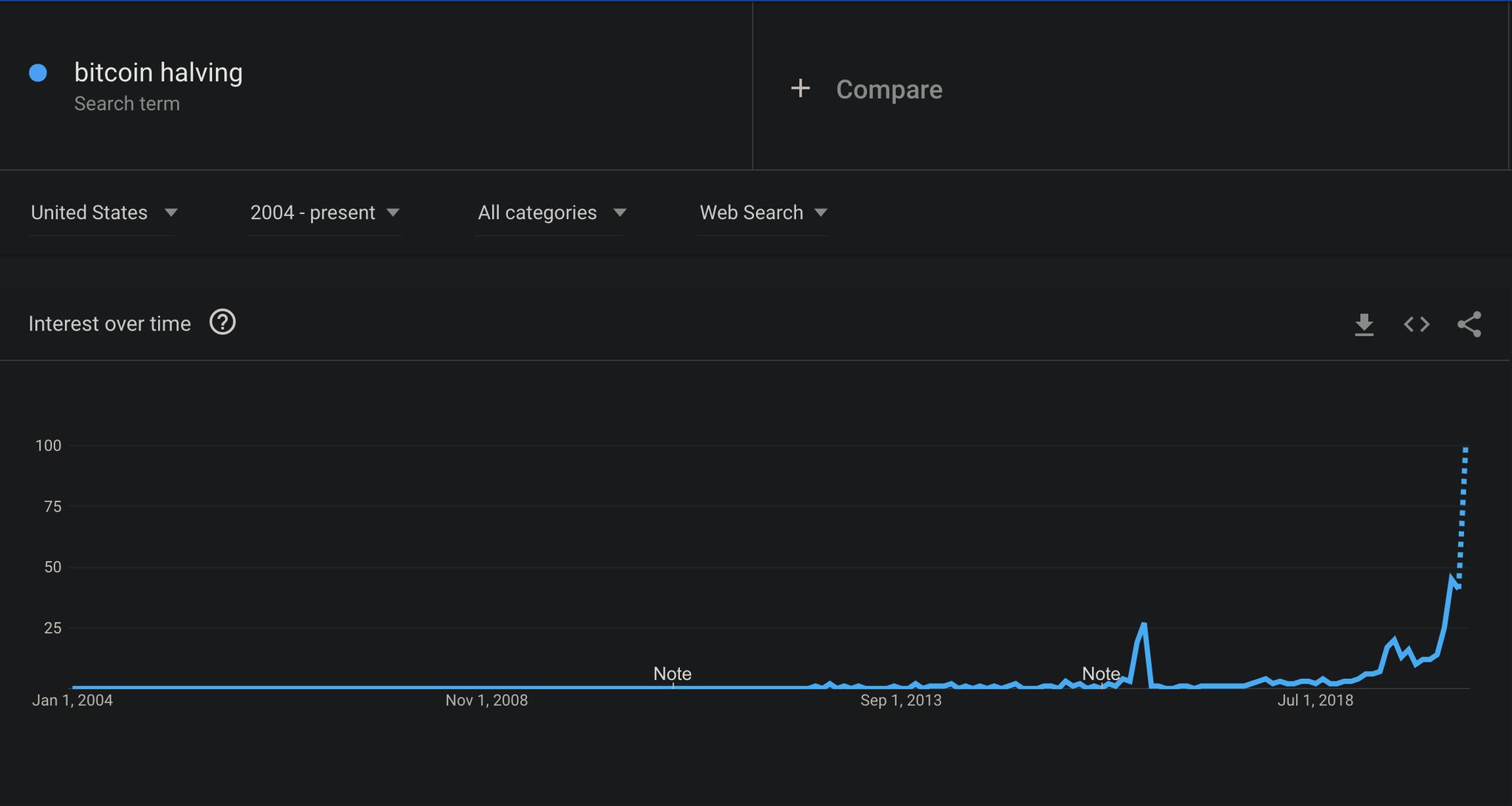 The data for global Google users shows a similar trend, with it also indicating that interest in “Bitcoin halving” is about to hit an all-time high.

Google Trends finds interest in a term by scoring search volumes of said term on a scale from zero to 100, with 100 being the highest amount of interest in a term for the given region and time span. Thus, the chart above indicates that there is now three times more demand for the term “Bitcoin halving” then there was in 2016.

As a note, the interest in the term “halving” has also experienced a similar interest, but as this a normal word in the public’s vernacular, it doesn’t lend its hand to data around the Bitcoin halving as well.

How It Could Boost the Crypto Market

Although the correlation has been muddied by the “Black Thursday” crash seen in March, there has been a slight correlation between the performance of Bitcoin and Google Trends’ score for the term.

Namely, interest in the term began to rally on the week of December 8th, when BTC was bottoming at $6,400, then found a local top on the week of February 15, very close to the $10,500 top. Furthermore, since the “Black Thursday” crash on March 12th, interest in the halving has doubled, which has coincided with a 100% rally in the price of Bitcoin and other cryptocurrencies.

Below is a chart that displays this potential correlation, with the red dots indicating bottoms in the price of Bitcoin. 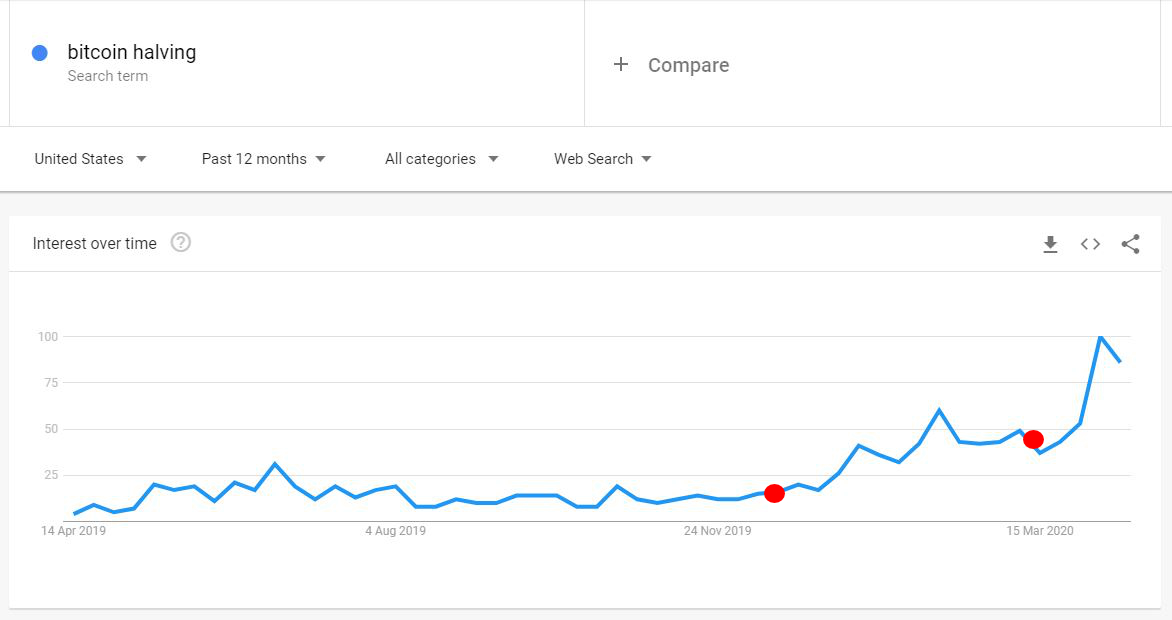 Interest in the event continuing to grow, coupled with the persistence of this correlation, would indicate Bitcoin is ready to rally even higher over the next couple of weeks.

Furthermore, the halving is unexpected to boost Bitcoin’s value proposition from a fundamental standpoint, with the econometric model from crypto analyst PlanB indicating that the fair value of BTC will rise to $50,000 to $100,000 after the event.

$1 Billion of USDT Is Sitting on Binance, and That’s Big for Crypto

Nearly 80% of executives see blockchain as a strategic priority

What Another Fed Rate Cut Means For Crypto?

The US and UK Are Losing the Cryptocurrency Race