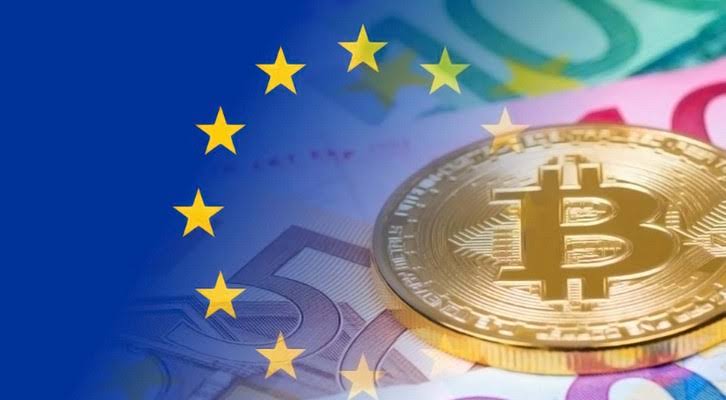 The European Central Bank has been urged to move quickly w.r.t it’s crypto euro launch if it is to gain the edge over other regions (read China).

According to a Reuters report Bank of France, Governor Francois Villeroy de Galhau spoke at a finance conference in Paris this week urging the bank to accelerate its crypto euro plans. A number of nations are already in the process of launching their own CBDC’s (central bank digital currencies) and China is the most advanced at the moment. The Banque de France boss added;

“There would be some advantage in moving rapidly to issue at least a wholesale CBDC, as we would be the first such issuer in the world and would thus reap the benefits of having a benchmark CBDC,”

The race appears to be on between China and Europe to launch the world’s first central bank-backed crypto coin. The US is nowhere to be seen in this contest since it remains beleaguered by bureaucracy and inconsistent regulations.

The report added that France is eager to push ahead with crypto research and will launch a call for projects before the end of the first quarter of 2020. Villeroy de Galhau added;

“Our actions will naturally contribute to the work of the Eurosystem (of European central banks), which should make looking into the possibility of an ‘e-euro’ one of its next focuses,”

As reported this week by Bitcoinist, Japan is also researching the feasibility of a state-issued crypto yen and Thailand is hot on its heels with its own plans.

The banks of the world have largely been spurred into action by China’s well-publicized blockchain ambitions and Facebook’s attempt at dominating digital transactions. China is seen as a massive threat to current currency dominators such as the US dollar as a crypto yuan would give the currency way more liquidation.

If it has solid backing, some suggest it could be gold-backed, it could see a shift to trade in yuan which would diminish dollar domination. At the moment greenbacks are rolling off the FED presses which also raises the question of what is actually backing it.

Either way, both China and Europe are likely to launch central bank cryptocurrencies before America gets is digital finger out.

Will Europe beat China in the cryptocurrency race? Add your thoughts below.

The post Will Europe Beat China in the Central Bank Crypto Race? appeared first on Bitcoinist.com.