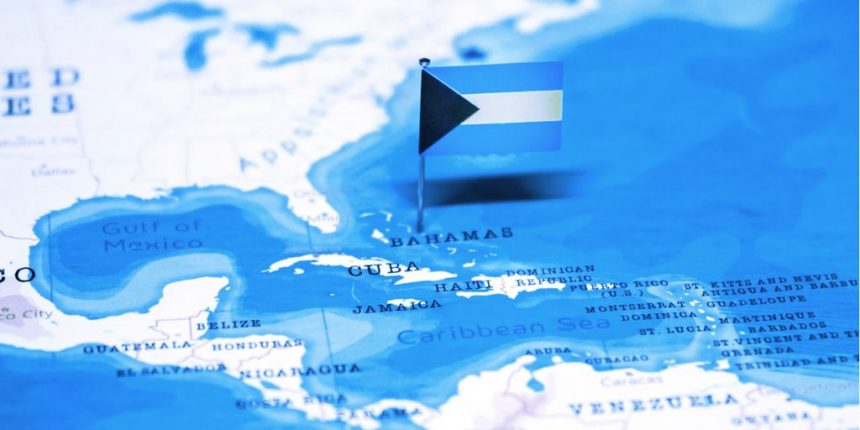 Following the collapse of cryptocurrency exchange FTX, Crypto Twitter influencers are converging on the Bahamas in search of former chief executive Sam Bankman-Fried.

The now-bankrupt exchange has been headquartered in the Bahamas since September of last year and operated out of a luxury penthouse at the Albany Resort, a gated community located on the island of New Providence. The neighborhood is now the target of impromptu investigations ostensibly on behalf of the crypto community.

Ben Armstrong, who runs a popular youtube channel called Bitboy Crypto, posted a livestream of himself walking around the resort’s property, where he was eventually turned away by staff.

Throwback to when the security guard escorted us out. Brian was pretty cool tbh.

Sam, Barb, and Joe are the ones who made him to it.

Sam I’ll come back if you put me on the guest list. pic.twitter.com/13OqNOBSwq

Armstrong has gone to other locations on the island to try and pry further. He posted a video of himself at a residence where the Washington Post reported SBF’s parents owned property.

Armstrong did not immediately respond to requests for comment.

More influencers are on their way to see what information they could potentially unearth. YouTuber Gabriel Haines, who’s posted multiple viral rants about the calamity surrounding SBF and FTX on Twitter, successfully crowdfunded $10,000 to fly him and his family to the Bahamas.

Haines told Decrypt he’s currently on his way to the island, and while he isn’t confident he’ll be able to find SBF, he hopes his videos can provide some relief to a community still reeling from the swift shuttering of one the largest and most cryptocurrency exchanges.

“I want to make some good, fun content that people will enjoy,” he said. “People will have lost a lot of money in this, and I have gotten so many messages from people, how they’ve felt so much better from watching my videos about SBF and the whole collapse.”

Funds for Haines’ trip were gathered through the website Juicebox, a protocol that lets people donate Ethereum to certain projects. Over 60 payments were made on Juicebox to “Send Gabriel Haines to the Bahamas,” and it is currently the top trending project on the platform.

Haines said he became aware of the crypto community’s interest in sending him to the Bahamas after he viewed a poll posted by a twitter user in which 75% of the 2,000 respondents agreed that they should pool funds.

Shall we collect funds to send @gabrielhaines to the Bahamas for a couple of days and get some videos from there?

He added that the page on Juicebox was launched by another user independently after Haines said it would cost him around $10,000 to go to the Bahamas, and that the project’s ownership was transferred to his wallet after it had already gone live.

“I think it’s a very unique thing that happened because I don’t know how often the content creators are funded to go to particular places to create content,” he said.

Referencing Armstrong’s decision to go to the Bahamas, Haines said it fulfills a need for information about what’s going on and addresses some of the crypto community’s frustrations.

“I get why he’s doing it,” Haines said. “It feels like there’s no authority that actually cares.”

In the wake of Bitboy’s misadventures, flying to the Bahamas to hunt SBF has become a meme of sorts on Crypto Twitter, with many claiming to join the party.