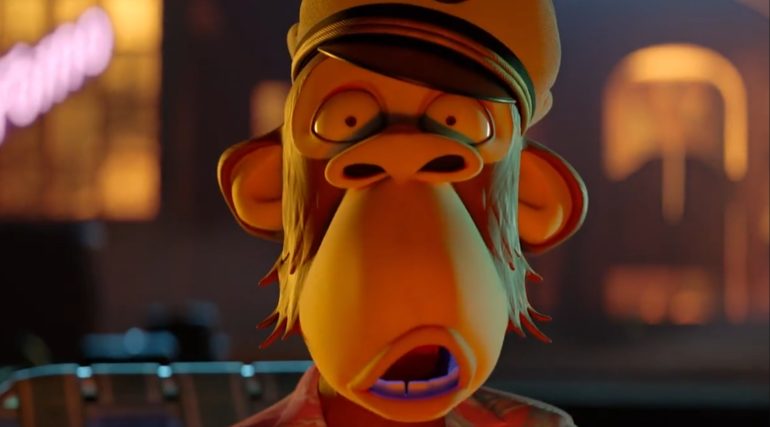 SHARE
Contents
Is Yuga Labs releasing a new NFT collection?What is the relation between Mecha Apes and Otherside?What did Yuga say about the rumored release?

According to crypto media outlet Protos, Yuga Labs is launching Mecha Apes, a brand new NFT collection, by the end of this year.

Based on a leaked document seen by Protos, the Bored Ape Yacht Club (BAYC) creators intend to raise $50 million from the collection and release 100,000 virtual plots.

This has surely stirred up some serious speculations among BAYC fans, with many starting to look for clues about Mecha Apes. Some pointed out that the rumor is consistent with a leaked Yuga Labs pitch deck, which contains a 2022 roadmap for the Otherside metaverse.

As shown below, a project titled Ultimate Mecha Ape is supposed to hit the scene in September.

What is the relation between Mecha Apes and Otherside?

If you’ve dabbled in the NFT space for a while, you would have surely heard about Otherside, BAYC’s metaverse project that debuted in April. Yuga sold 100,000 plots of digital land at that time, making $600 million in total from primary and secondary sales.

However, a leaked Yuga Labs pitch deck (as above) surfaced one month before the highly-anticipated launch. Through the 90-page document, many people knew ahead of time about Otherside and its future plans.

Though Yuga has not followed everything on the roadmap, the team has hit several milestones, such as the $APE token launch, land sale, and Kodas reveal as scheduled.

With Ultimate Mecha Ape on the list, many can’t help but speculate that these new NFTs – should they go live – will be closely related to the Otherside ecosystem. But details are scarce. Nobody really knows what a Mecha Ape looks like or its role in the Otherside for now.

What did Yuga say about the rumored release?

Truth is, Yuga has always been very secretive about its new ventures. When the pitch deck above was revealed in March, Yuga co-founder Garga immediately denied the roadmap’s accuracy, claiming that it’s an “old” and “outdated” pitch deck.

So it’s not surprising that Garga has shot down rumors about Mecha Apes as well. As seen in the tweet below, he dismissed the report as “fake news” without any further comments.

With no official confirmation in sight, it’s best for us to just wait and see.